VALMARECCHIA…MENTIONED BY DANTE, PAINTED BY LEONARDO

The Marecchia Valley is wild and untouched. Its enormous river bed, once navigable, is surrounded by extraordinary hills topped by ancient fortresses including Verucchio, Saiano, Torriana, Montebello, Pietracuta and San Leo. The sandstone spurs stand out abruptly on the horizon, finding stability on the clays formerly lapped by the sea.

Towers, castles, small country churches built on the remains of ancient buildings from the Villanovan and Etruscan periods, testify the rich historical heritage of this corner of the Valmarecchia. The roads mark the territory tracing millenary paths in the shade of acacias and oaks.

Gacci is placed at the center of this scenery at a height between 150 and 300 meters above sea level. It is a WWF Oasis, only 100 in all Italy, located on the border of the Estate.

Today, as then, the 9.3 hectares of vineyard is surrounded by woods and non-tilled fields covering around 40 hectares.
Several animal species live here such as the kestrel, the owl, the partridge, the woodpecker, the robin, the wild boar, the roe deer, the hare, the badger, the porcupine, the fox and the bees. In fact several beehives have been placed at the boundaries of the vineyard.
In addition 500 historic olive trees are safeguarded and cultivated, producing biologic olive oil known as “Valmarecchia Gold”.
All framed by spontaneous flora made of bushes and shrubs of broom, rosehip, hazel, pomegranate and ancient oaks.

An extraordinary natural ecosystem contributes to the cultivation of the vineyard enriching every single grape. 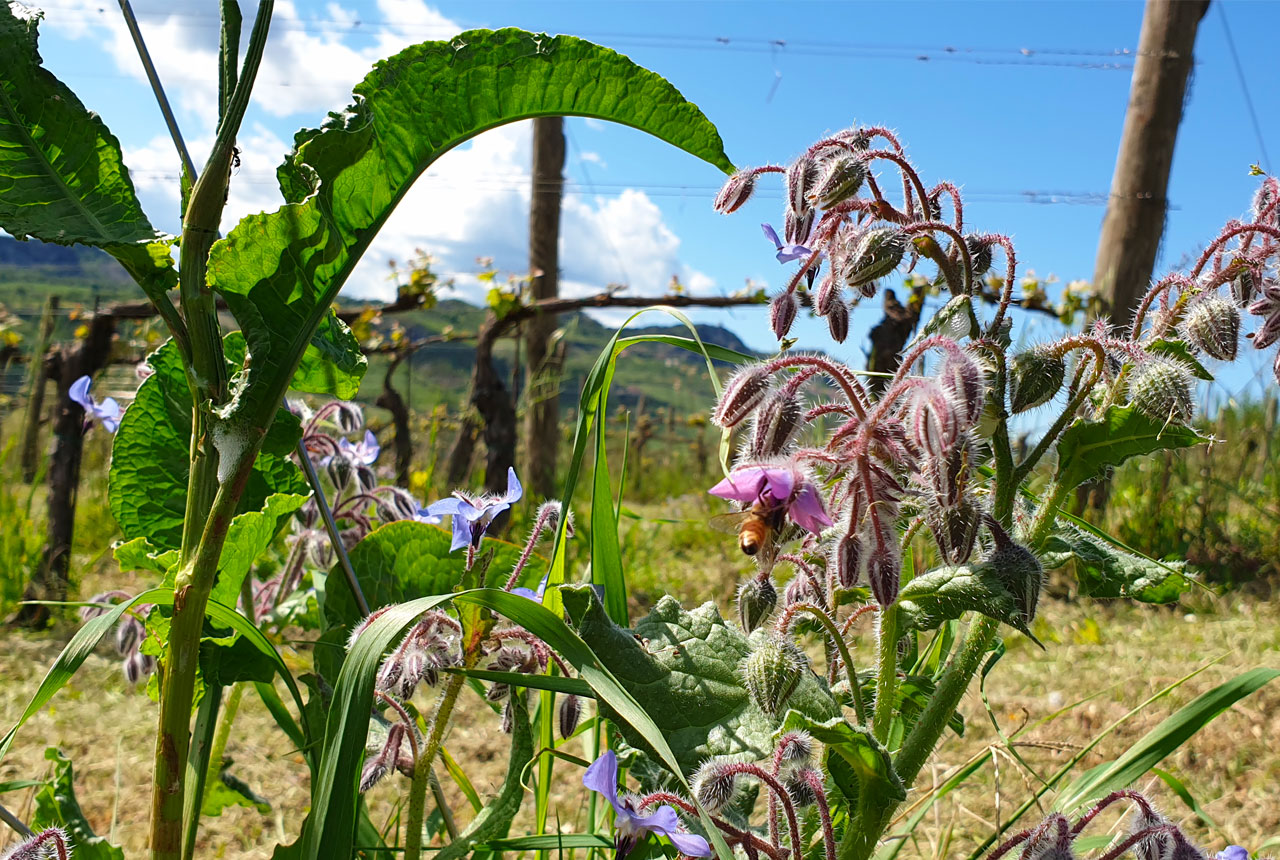 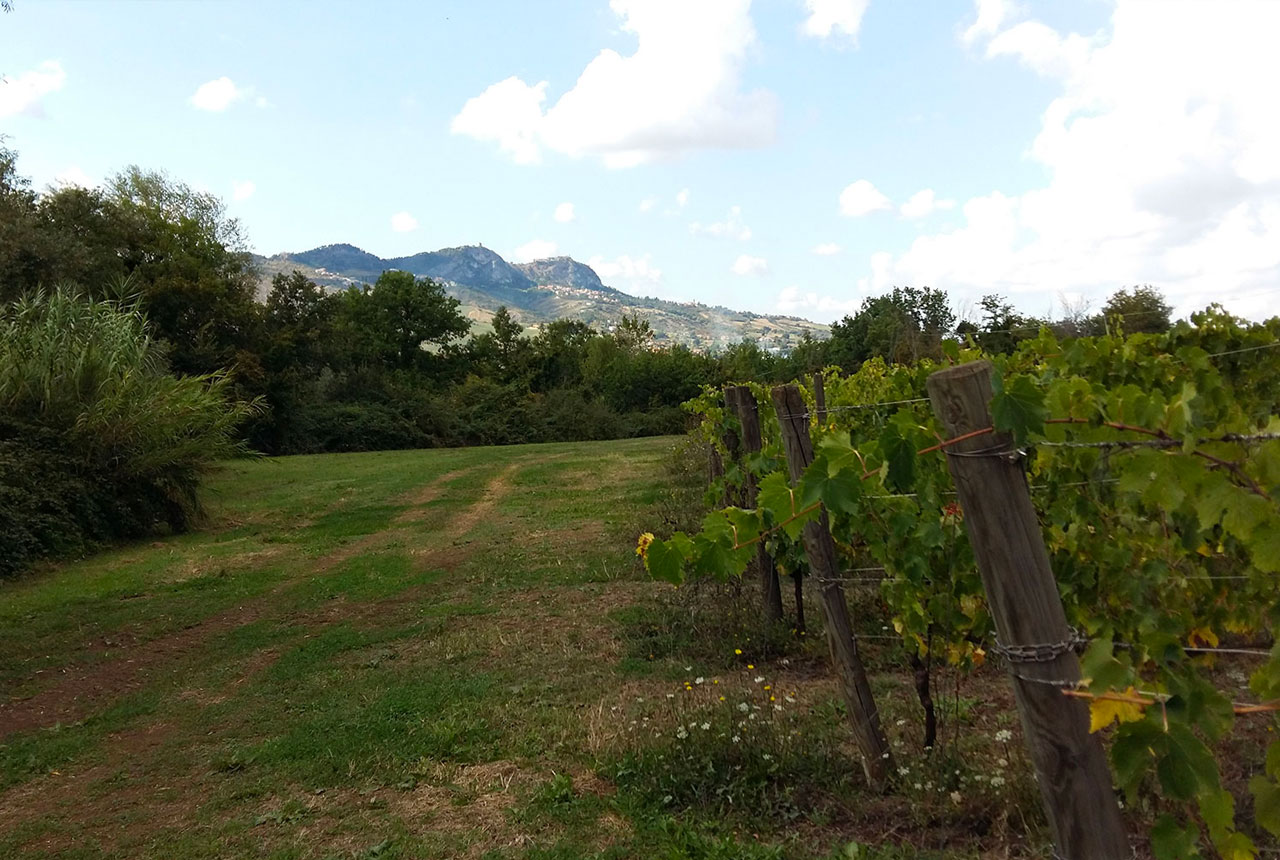 The conformation is of deep and well-drained soils while the slopes range from 10% to 25%.

The Estate consists of a very particular mosaic of soils.

The vines area is mainly composed by:

All sedimentary rocks of variable composition between that of limestone and clay. 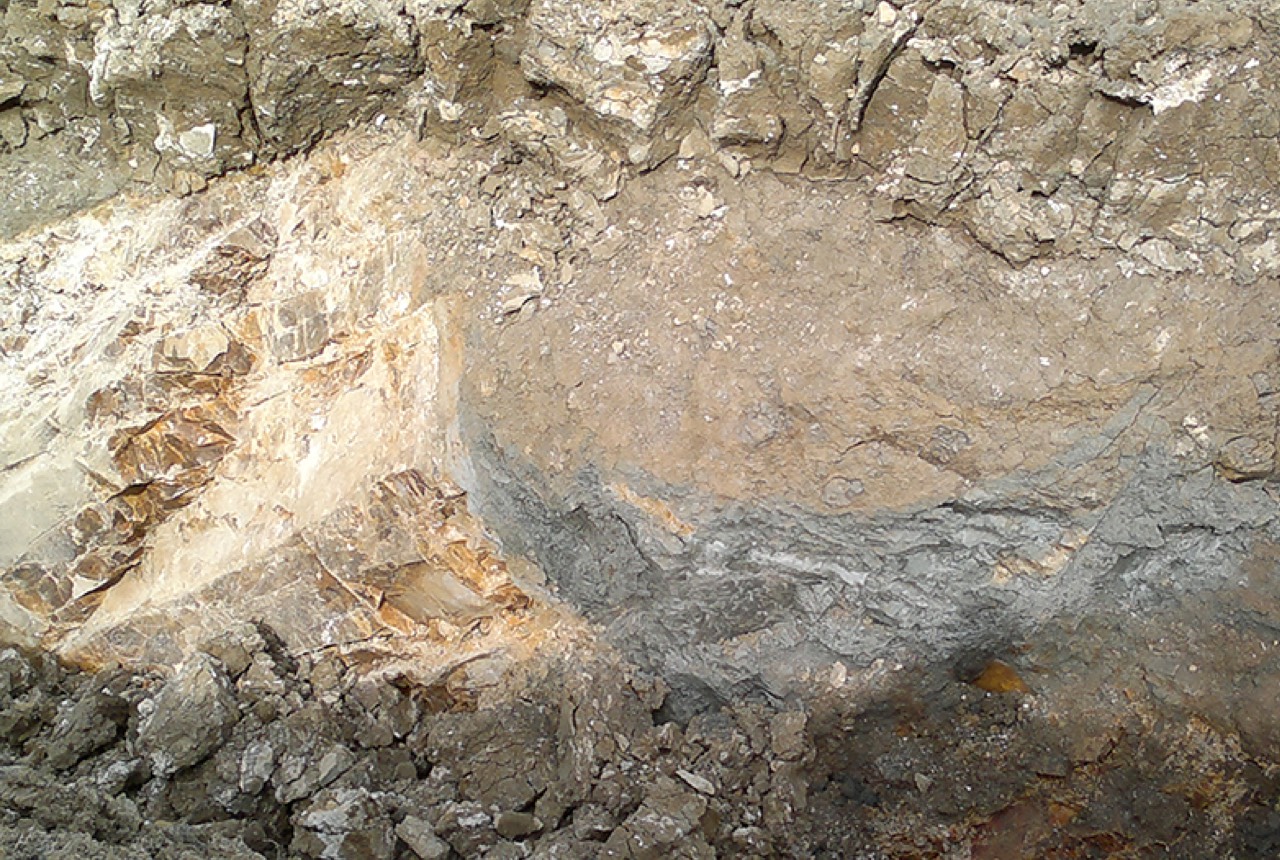 The vineyard is situated along the right bank of the Marecchia river, at the foot of the Ventoso hill, a few thousand metres from the sea. For this reason it enjoys the thermal influence of the marine breezes. All vineyards exposed to West-South-West also benefit from the constant wind coming from the Marecchia river that is a great contribution to the natural achievement of healthy grapes. Another element characterising Gacci is the exposure to “infinite” light hours. 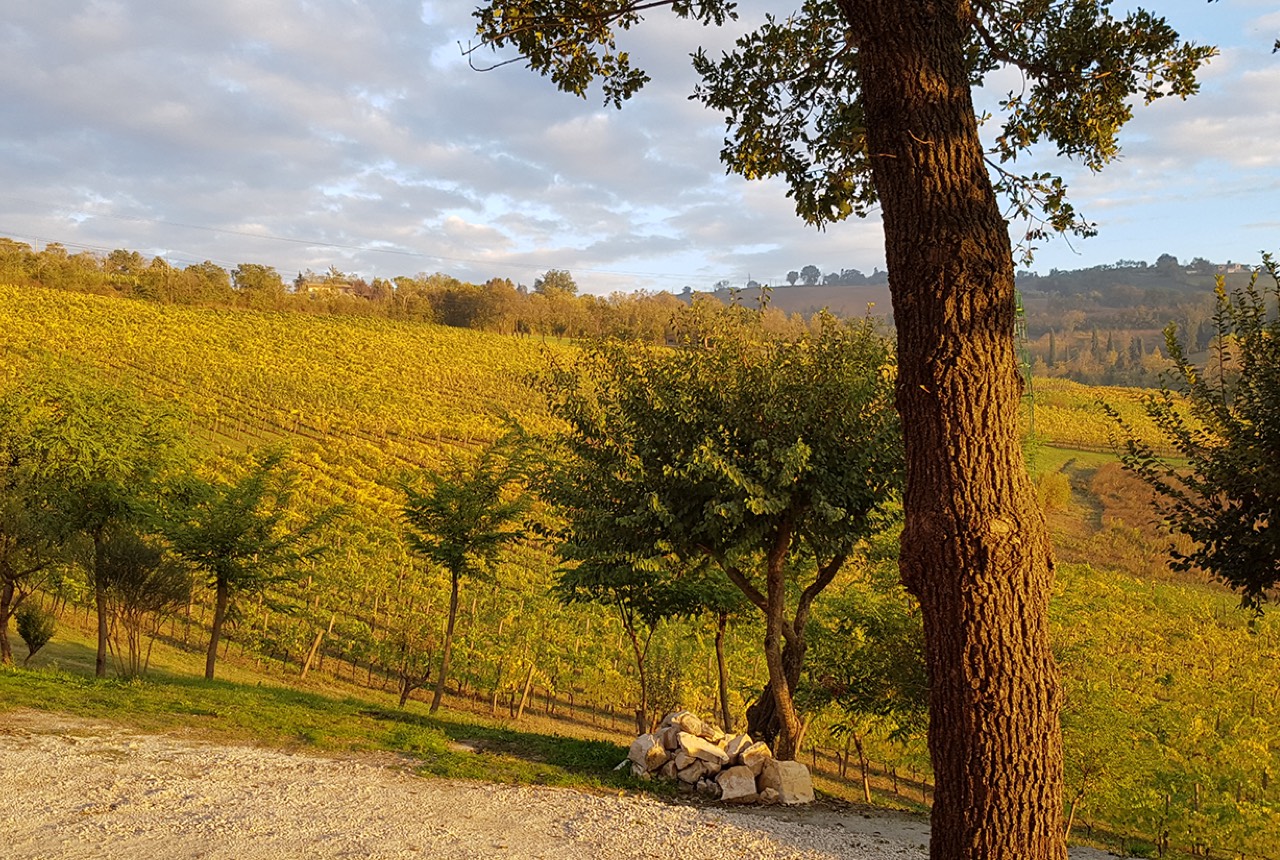 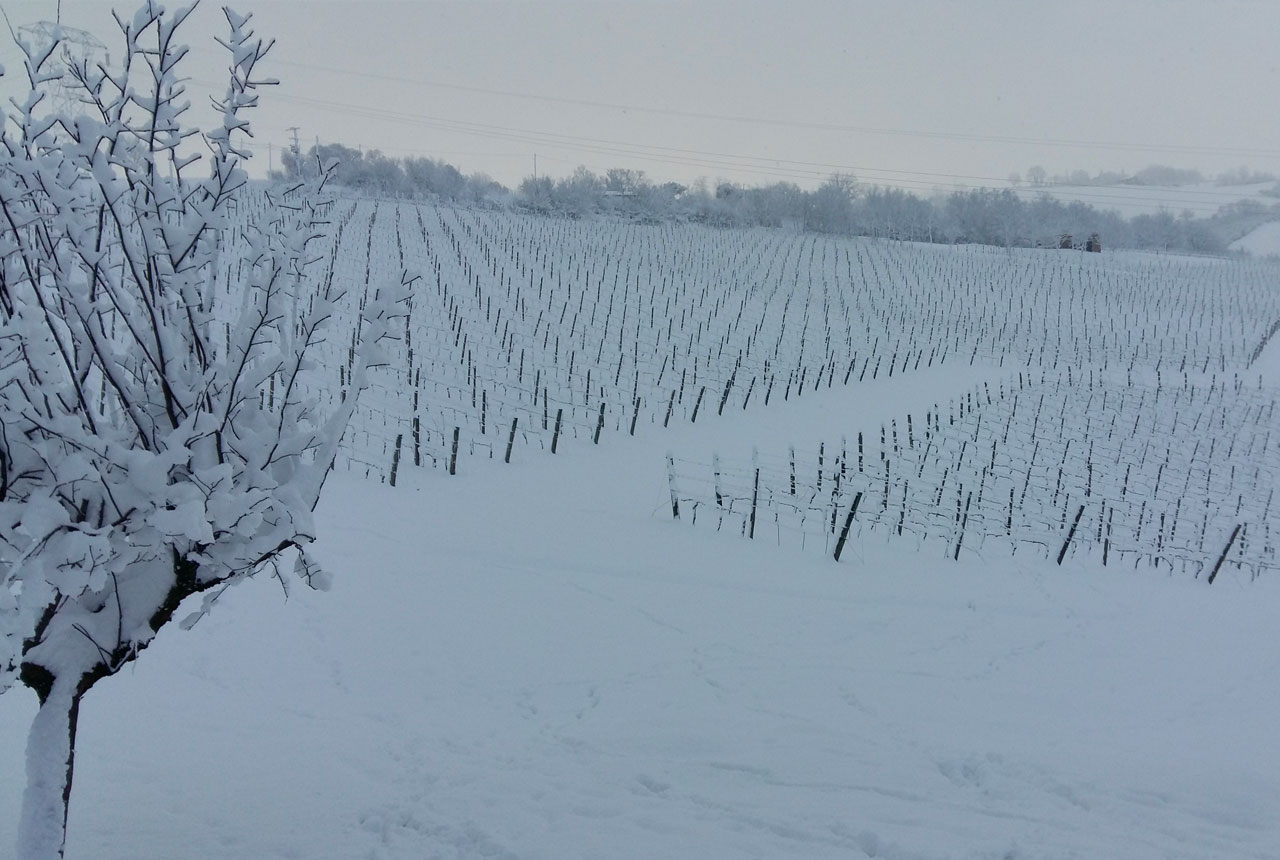 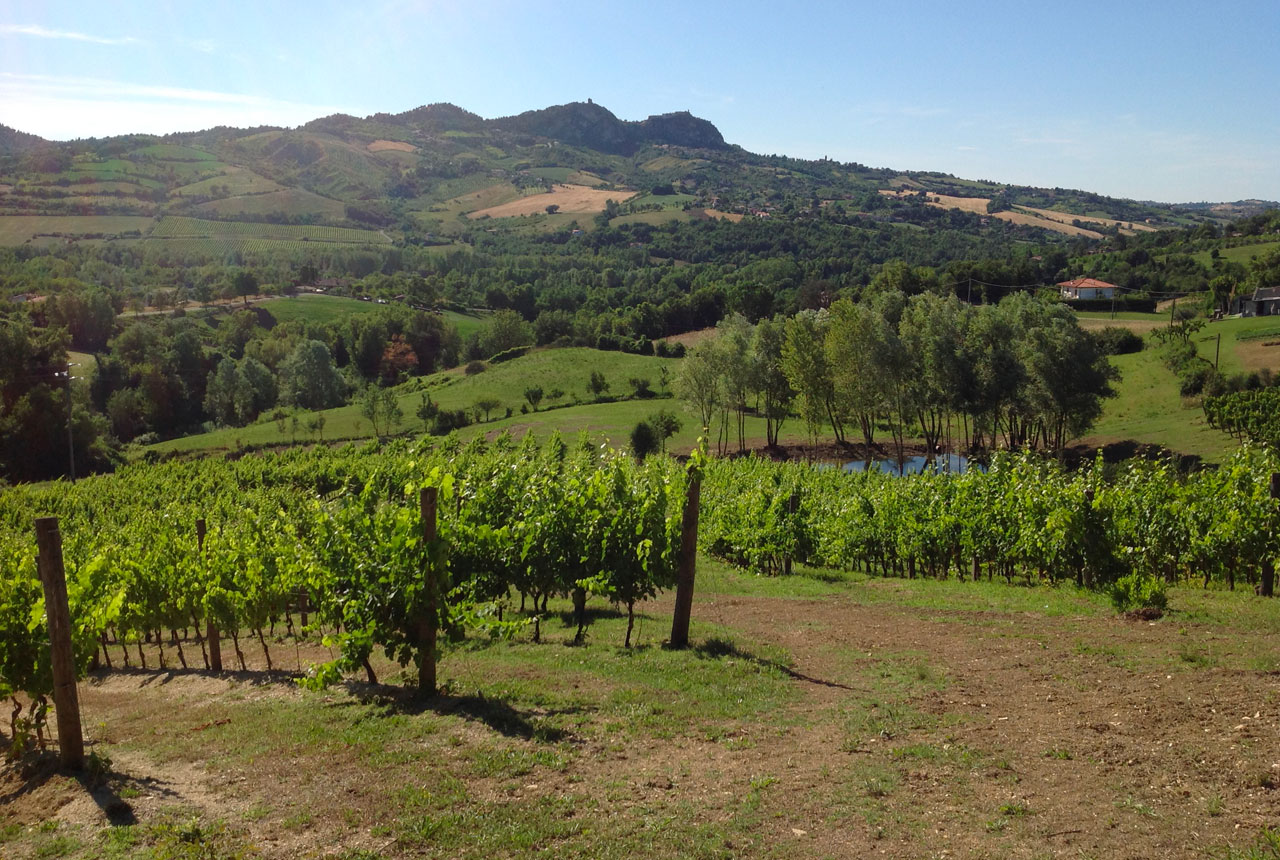 The vine plant cultivated with spurred cordon has an average age of about 20 years, except for the “Cabernet Sauvignon Storico” that is around 50 years old. The vineyard is divided into Sangiovese 60%, Cabernet Sauvignon 25%, Merlot 10% and Ancellotta 5% on a mosaic of soils in 13 distinct areas: 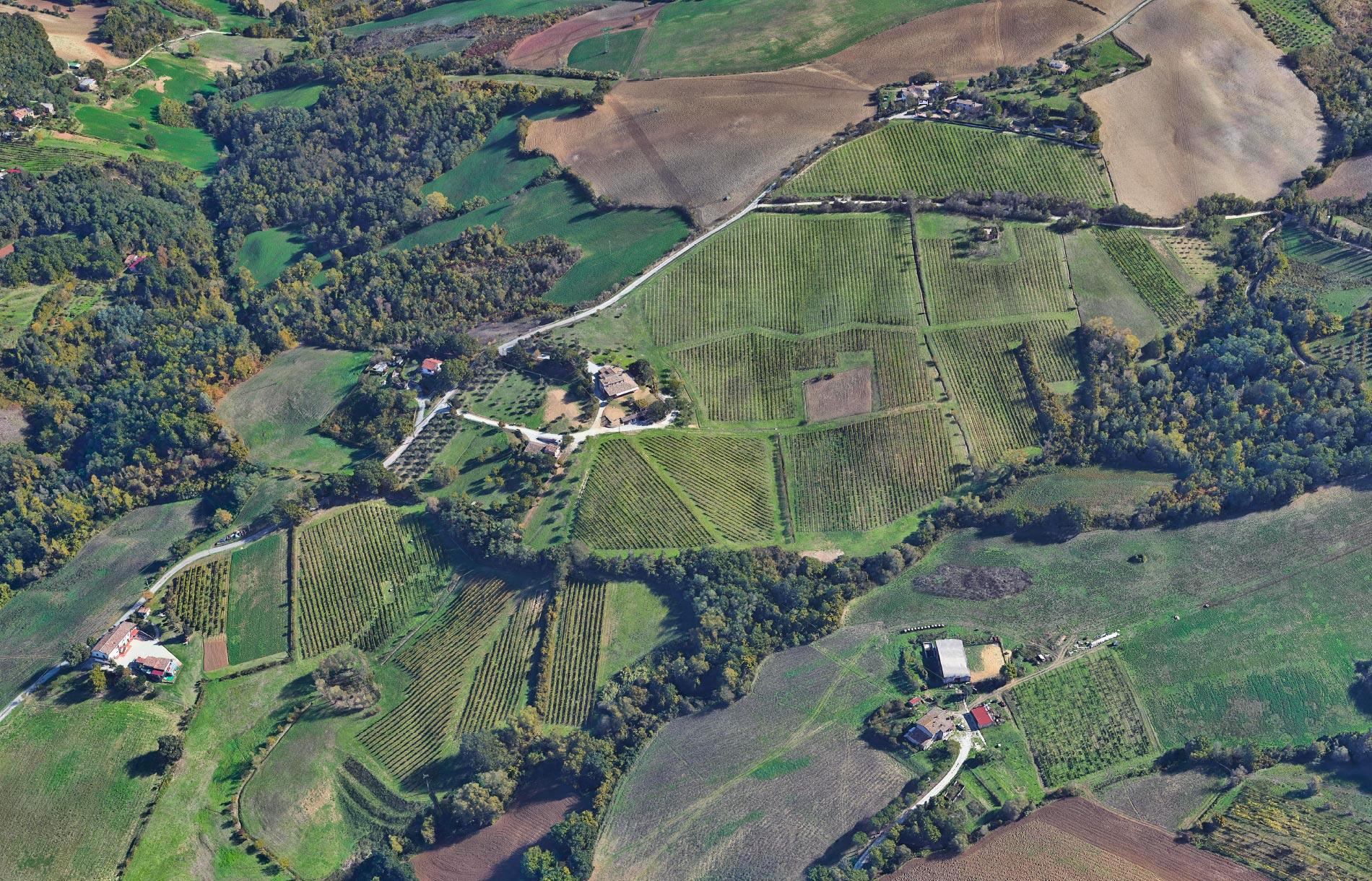 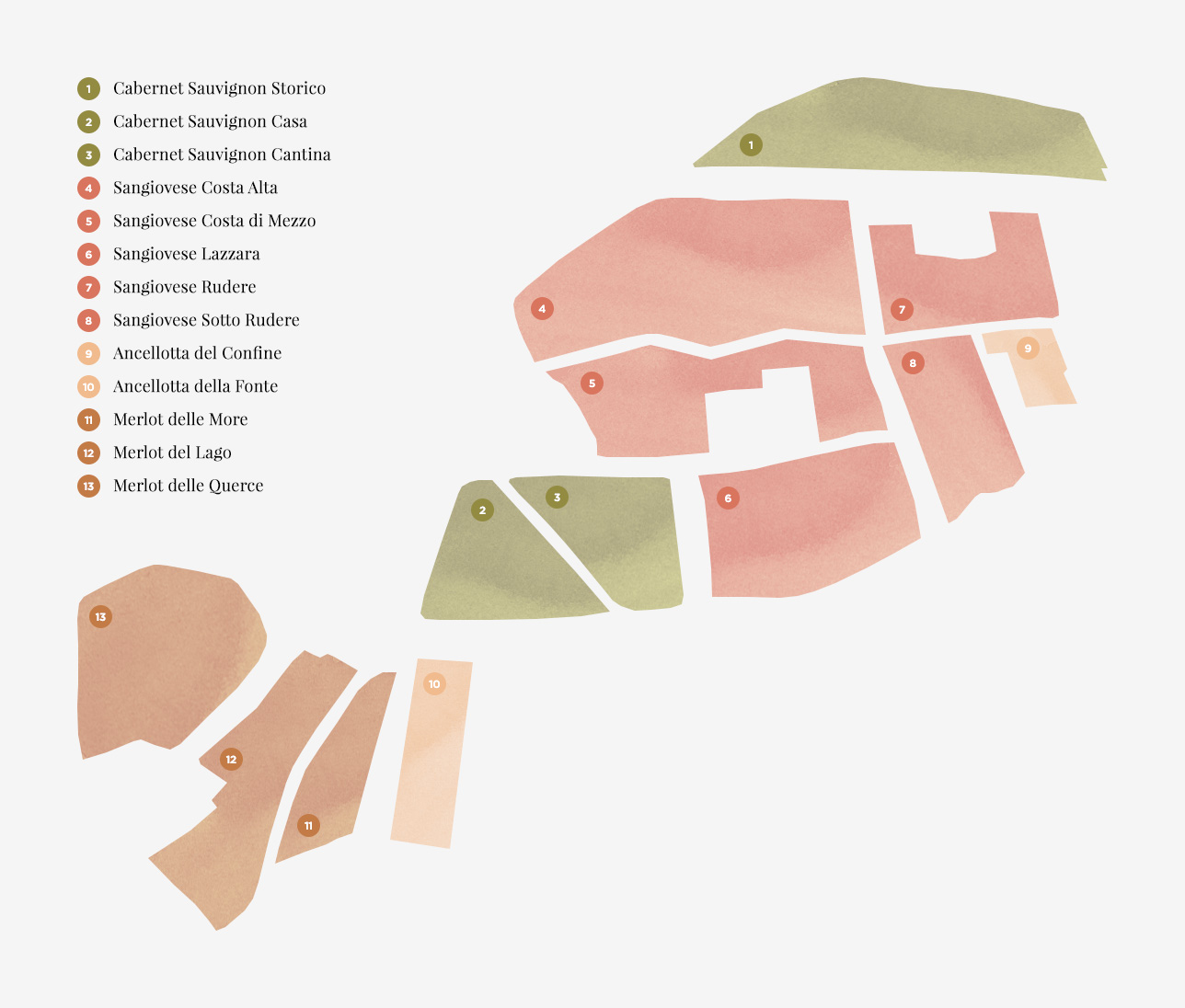 The historic property benefits from an underground cellar built in raw breathable cement.

An ancient cavity, last used as a water tank, was developed into the “Bottaia”. This is located about 7 metres deep, with walls bathed by the groundwater that filters naturally.

Thermal regulation and continuous aeration guarantee maximum respect first for the grapes and then for the wine. 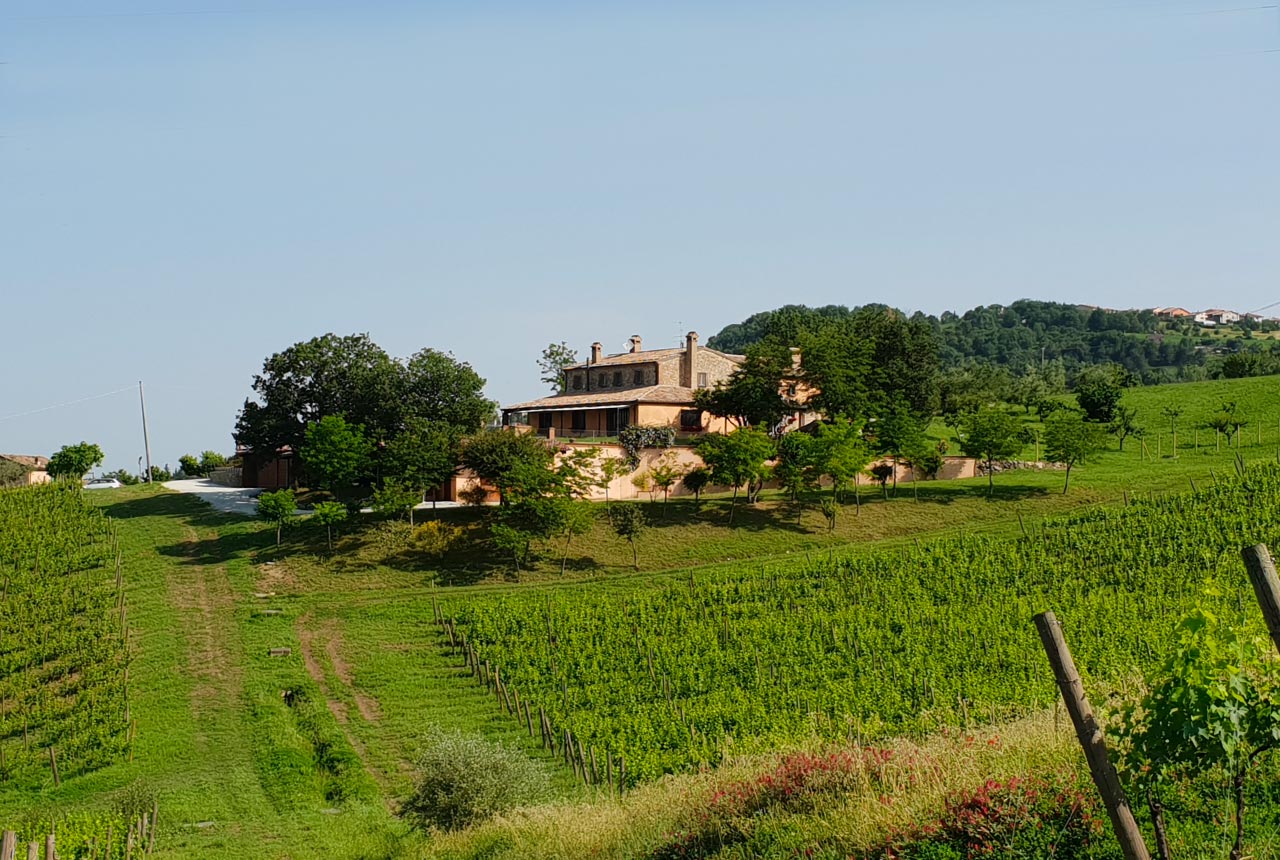